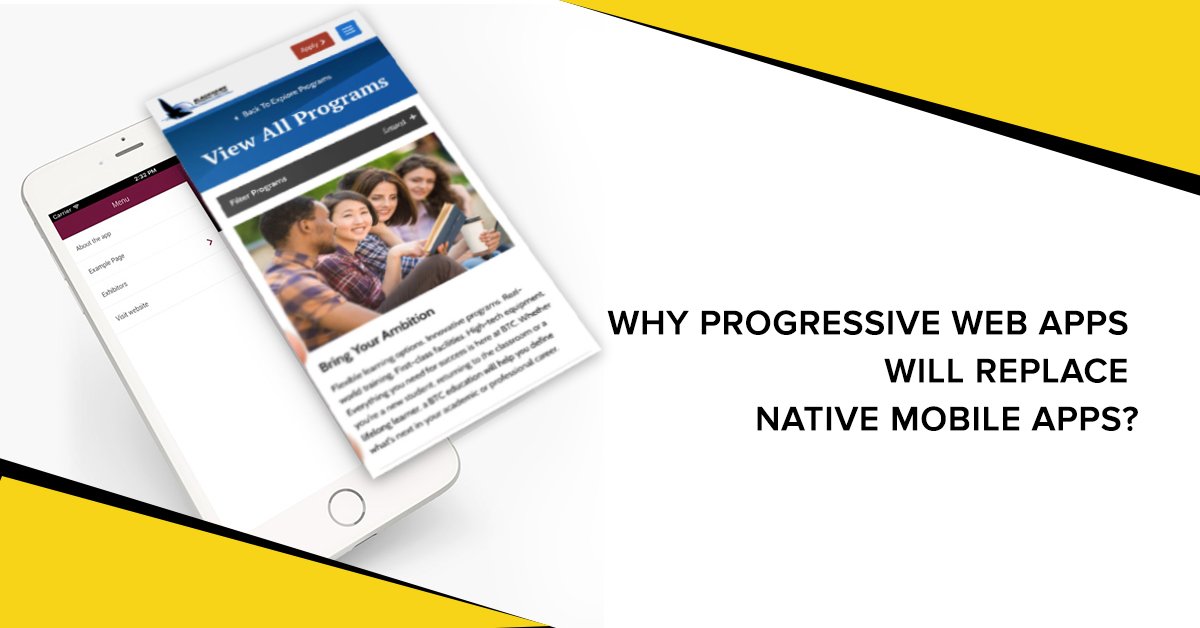 It’s 21st century and we know how important it is to target customers on mobile devices. But do you think native mobile apps are all about it? What about progressive web apps? Is the rift between ‘native’ and ‘progressive’ simply based on hype? We shall explore…

People using mobile phones go through 2x the amount of content they usually would while using a desktop; making it clear how crucial it is to target users on mobile. However, another report states that the majority of users (51%) download zero mobile apps in a month. So, does that mean people are just using browsers/websites on their mobile devices?

Mobile websites are fast and easy to use for a quick reference, however, lack a pleasant user experience. On the other hand, native apps provide immersive user experience, but come with limitations like the requirement of a download and storage in the mobile devices; losing the meaning of serving the needs of impulsive behavior. So, if you are still running in circles and finding yourself fixated at that 51%, we just spoke about, let me introduce ‘Progressive Web Apps(PWAs)’ to you. PWAs combine the best of both worlds; the quick element of mobile sites and engaging user experience of native apps.

What Are Progressive Web Apps?
Imagine a mobile app that needs no download or installation, yet you get the functions of a native mobile app. Amazing, right?

Progressive Web Apps are such mobile apps that are delivered via web, however, with the help of app shells, PWAs provide app-like features and navigations. Such apps run inside the web browser and are self-contained. They load swiftly and stay up-to-date with the latest versions always. 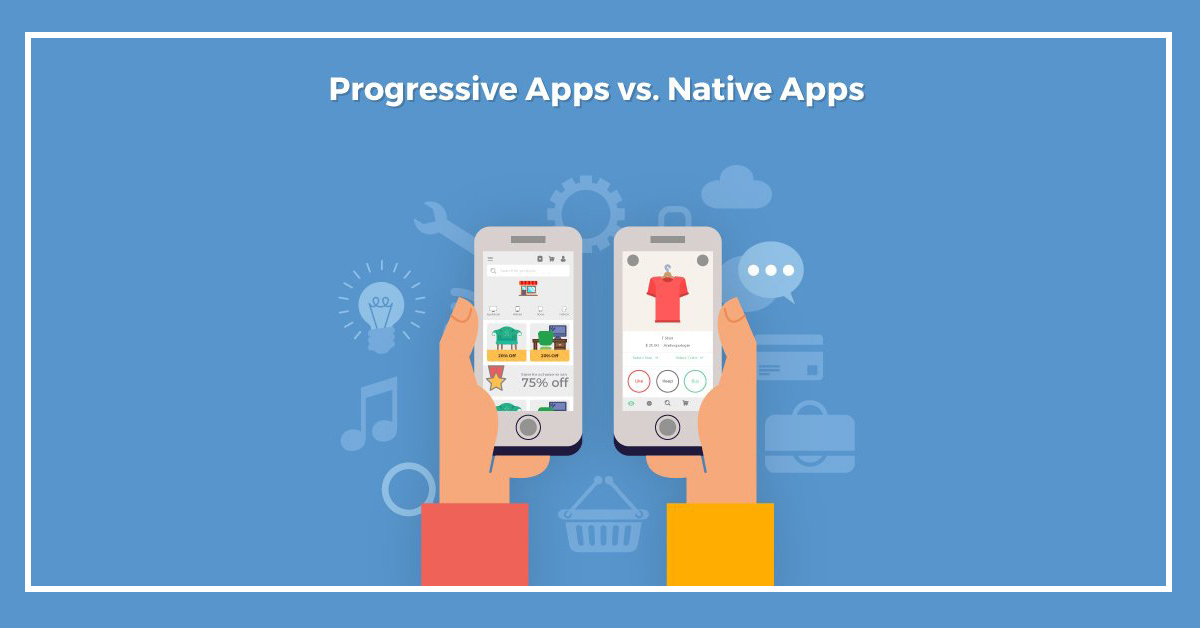 Just as mobile web traffic ate the desktop’s web traffic in October 2016 and the release of iPhone in 2007 came across as a massive asteroid that made Windows dinosaur go extinct, PWAs seem promising enough to put the final nail in native mobile apps’ coffin. We are likely to see it anytime soon 🙂

Progressive Web Apps – The Future of Mobile Experience
With the majority of the people downloading zero apps per month, it is crystal clear how native app developers need to come up with something exceptional to gain user attention. However, that already sounds like a tall order, especially for business apps, and PWAs are surely a promising escape for them.

Be it Instagram or Twitter, PWAs are for every business type. Due to its popularity, everyone is transitioning to PWAs. Did you know that with the help of Flipkart Lite app (web app), Flipkart has tripled the time spent by the visitors and has generated a 70% higher conversion rate with the help of ‘Add to Homescreen’ icon? Not only this, after turning to a progressive web app, Forbes is capable of loading in just 0.8 seconds instead of 3-12 seconds of its previous mobile experience.

Progressive Web Apps for Higher Ed
PWAs know no boundaries. With the help of such web apps, higher ed institutions are sure to benefit. On the crossroads of selecting either mobile campus apps or student web portals, adopting progressive web apps can help institutions to leapfrog over lagging user experience and cut costs in the long run. Thinking ‘How’?

Let’s get down to the nitty-gritty…

Easy Way to Stay in Touch
No more sending email campaigns or calling students for reminders! PWAs can send timely push notifications to students and centralize all the communications.

Targeting The Right Students
One of the most powerful tools that higher ed institutions can leverage is geo-focused content. Based on the device location, institutions can target the right students based on recruitment locations and invite them to the admission events. Unlike native mobile apps, content on the web apps will always be updated; no need to hope if students are using the updated version of the apps.

Reducing Costs
A single PWA can be used in place of a desktop site, mobile site, Android app, or an iOS app. It means institutions can save on promoting the brand on different platforms and would no longer require maintaining separate apps, vendors, or in-house IT staff. Maybe put those $$$ in better use for student benefits.

Another fold to the talk is – adoption. Building a native mobile app can turn into a costly gamble if mobile users don’t download it for use.

Question – When did you last download a new mobile app?

The Bottom Line Is
Progressive Web apps are surely gaining grounds when it comes to the online market. Twitter, Starbucks, Lancôme, Forbes, Flipkart, The Washington Post, and many more have witnessed what Progressive Web Apps have in its pandora box to uplift their businesses. Both, mobile apps and mobile sites have their own advantages and disadvantages, and the best option is to move towards the common ground with the best of their abilities, i.e. Progressive Web Apps. Do you agree?